Welcome to the The MG Owners Club x

It was a Thursday mid week run this month and Mike Cornwell did a nice run to The French Horn Steppingley. We all meet up at The Inn On The Lake for a 7 pm start and were pleasantly surprised to see a potential new member, Glyn & Judith Westrell waiting with their new MGB Roadster. They apparently arrived the previous night as I forgot to update the web site, still I suppose it was an excuse to take the “B” out two nights on the trot.

Seven cars made the run and we all had a good meal and natter, we did not leave until late, so it must have been OK.

We look forward to introducing Glyn & Judith to the rest of the members at our September club night. 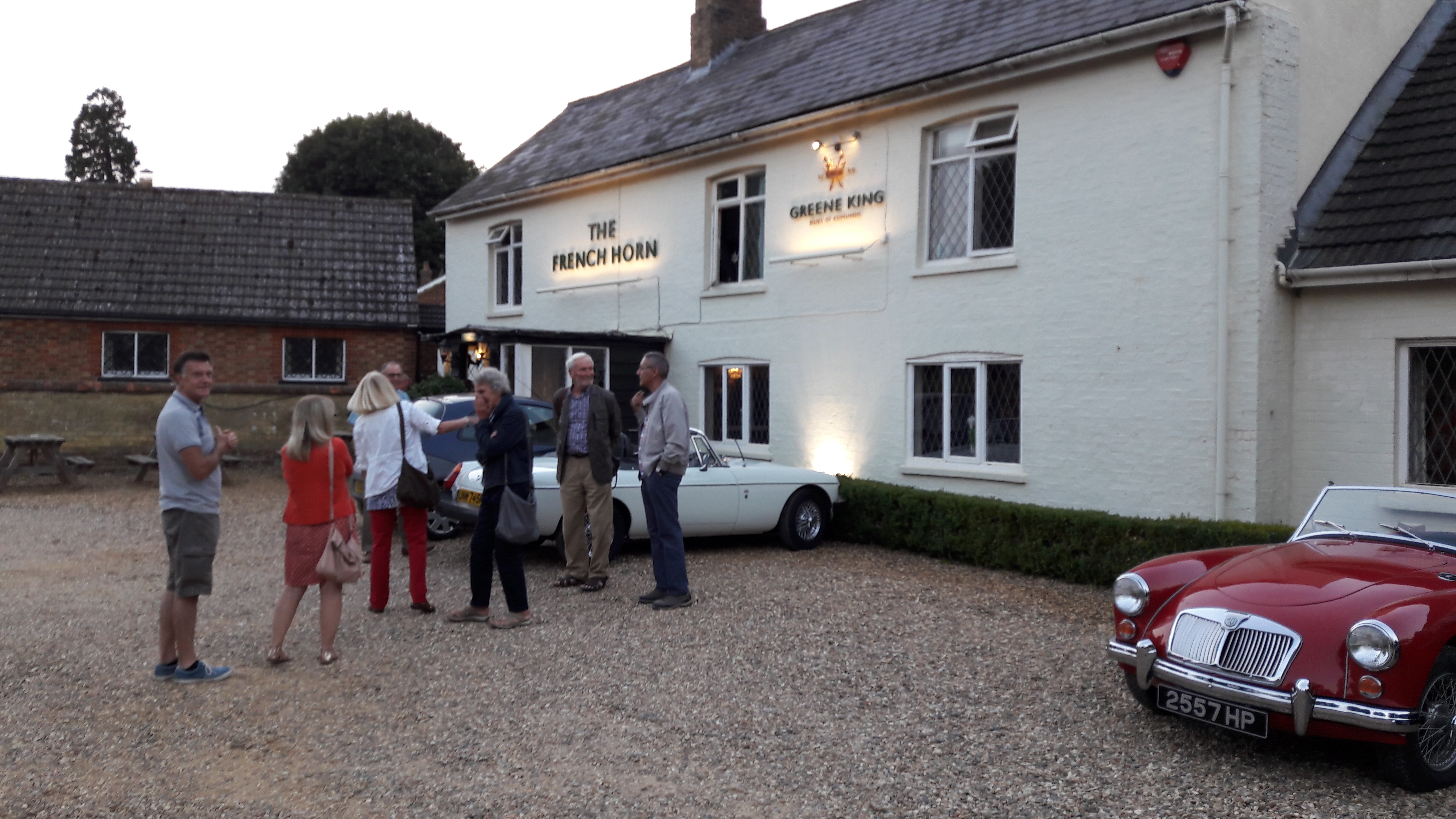